To use At My Store, please select a store to continue.
This will let you see products available for purchase online and pickup at your selected store.
Select a Store
Back
Selected quantity exceeds what is currently available 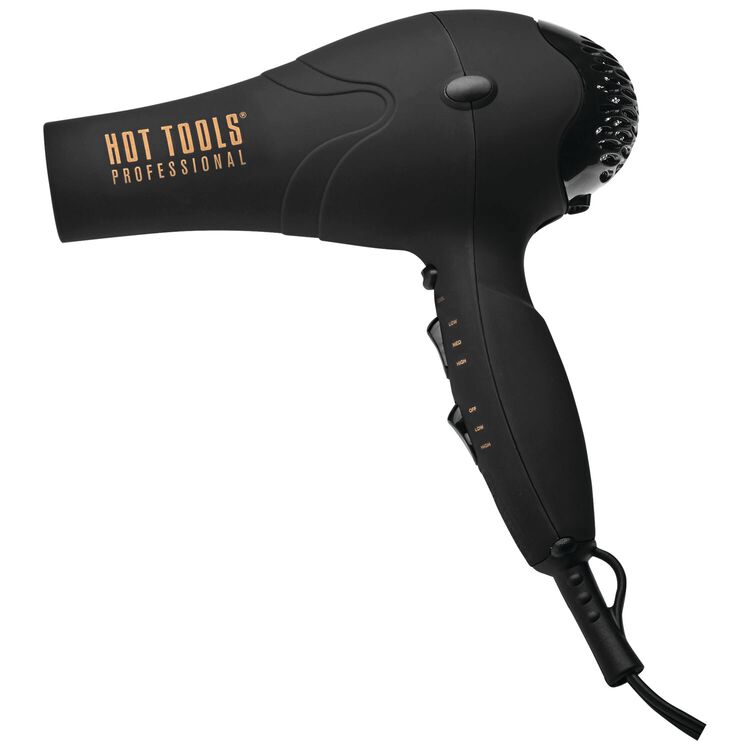 Send this product to a friend

Hot Tools 1875W Turbo Hair Dryer is lightweight, conditions your hair for a shinier finish without the frizz.

What makes it special?

For U.S. residents only: In the event of an unusual circumstance such as immersion, the protective device will not allow the dryer to operate. Periodically check the safety plug to verify it is in proper working order. Plug the appliance in an electrical outlet and press the test button. The dryer should stop immediately. To resume operation, press the reset button.

CLEAN THE LINT FILTER DAILY. This will extend the life of your dryer and prevent it from overheating and shutting off.

You Entered:
We Recommend:

Use Address as entered

Your session is going to timeout in seconds! You will lose your private label credit card promotion

By exiting out, you will not be able to return to your cart and use temporary card number. You also forfeit using $20 off $50 purchase offer. 1

Do you still wish to exit?

If you're a human and not a robot, don't worry! Just check the box below to access the site:
Make sure that JavaScript and cookies are enabled in your browser, or check if any browser plugins are preventing them from loading.
Contact customer service if you continue to have problems accessing the site.